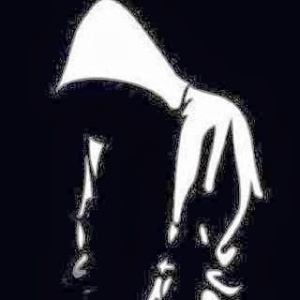 Yes, I realize I’m not black. I know I’m white. Over twenty years ago I struggled with how to explain racism to my then only child because I didn’t want to introduce such a horrible thing to him. Then my best friend, who just happens to be black, gently explained to me that being white is the only reason I had the privilege of shielding him from racism. She had to explain it to her children early,because they were already victims of it. No, I may not be black, but I love people who are. My best friend, her children who call me “Aunt”, my own nephews who are biracial. Yes, I love people who are black and so I probably have a much closer seat than most of you. Yes, I’m talking to you white people. I’m talking about the things I’ve seen up close and personal, standing there beside the people I love. It’s the little things, a million tiny cuts over the course of a lifetime. A million insults and hurts. You get offended when black people point out your racism, many of you truly don’t see it in yourself, but I do. It’s there. I invite you to just imagine, for a moment, what it’s like. I understand that it may be hard for you to understand what it’s like to live with discrimination every day of your life when you haven’t had to. To be ignored by a waiter or thrown out of club because someone was selling drugs and it must be the black girl. To be the only kid in class, or in school, who is black and to get your fake baby in home ec and told that yours was born addicted to crack. To have people call you names for no reason. To have some stranger glare at your sweet, precious young child and declare they are getting out of the pool because it’s too dark in here for them. To have a cashier not want to touch your hand. To have women in grocery stores run from you. If these were facts of your daily life, you would see why it’s easy to think that Trayvon was judged for being black, because that was just a fact of his life, a normal everyday occurrence. Imagine someone looking at your newborn baby then exclaiming that “At least I have pure Aryan kids” then not understanding why you can’t take a joke. Imagine having to teach your child at age four why some people hate him. Just try to imagine.

Angela is a writer and poet from the backwoods of Texas. She writes fantasy, romance, and horror. Not usually in the same story, but sometimes. She has walked through fire; therefore she may occasionally leave sparkles in her wake.

This work by Angela Harrison is licensed under a Creative Commons Attribution-NonCommercial 4.0 International License

Daydreaming as a profession

Daydreaming and then, maybe, writing a poem about it. And that's my life.

Whereabouts of a Wanderer's Soul

An Independent Non-Discriminatory Platform With No Religious, Political, Financial, or Social Affiliations

"A Word of Substance"

"Writing is how I train a searchlight into the darker corners of my self and the world, as am sure I'd never do otherwise." - Pico Iyer

A Journal Of Our Ruminations, Illustrations & Aesthetics.

Come on an adventure!

If you want to be a hero well just follow me

Stories For All
Jernigan Journal

Researching the Jernigan Family from England to America

Research into the family of Captain John Blakeney

The creative fiction of Baart Groot.

A Collection of Short Stories

Table 41: A Novel by Joseph Suglia
stumble upon serendipity

Nothing haunts us like the things we don't say

Oh! Take a shit, read a story. - My Mother on flash fiction

My HostGator Blog
The Cat's Write

dailyquot
Confessions of a Readaholic
Maxxesbooktopia

Welcome to my world.

reflections on a passing life

The Casual Way to Discuss Movies

Come for the flash fiction and short stories. Stay for the sense of wonder at deriving meaning from weird symbols on a screen

Tales of humour, whimsy and courgettes

So, You Think You Can MOM?

The daily adventures of an aspiring domestic goddess.

Life is a journey. A journey that never ends. One that is always moving forward. My journey is filled with its ups, it's downs, bumps in the road and a great many obstacles. It is here, in this moment that I wish to be open and vulnerable with all of you.

Musings and books from a grunty overthinker